Turkey’s currency has been under pressure due to rising diplomatic tensions with the US, President Erdogan’s control over the national central bank and a strong dollar. The crisis started as soon as Donald Trump tweeted a doubling of steel and aluminum tariffs on Turkey after Washington pushed Ankara to release Andrew Brunson, an Evangelical Christian, who is being held on terrorism accusations.

Brought to you by: Orbex.com 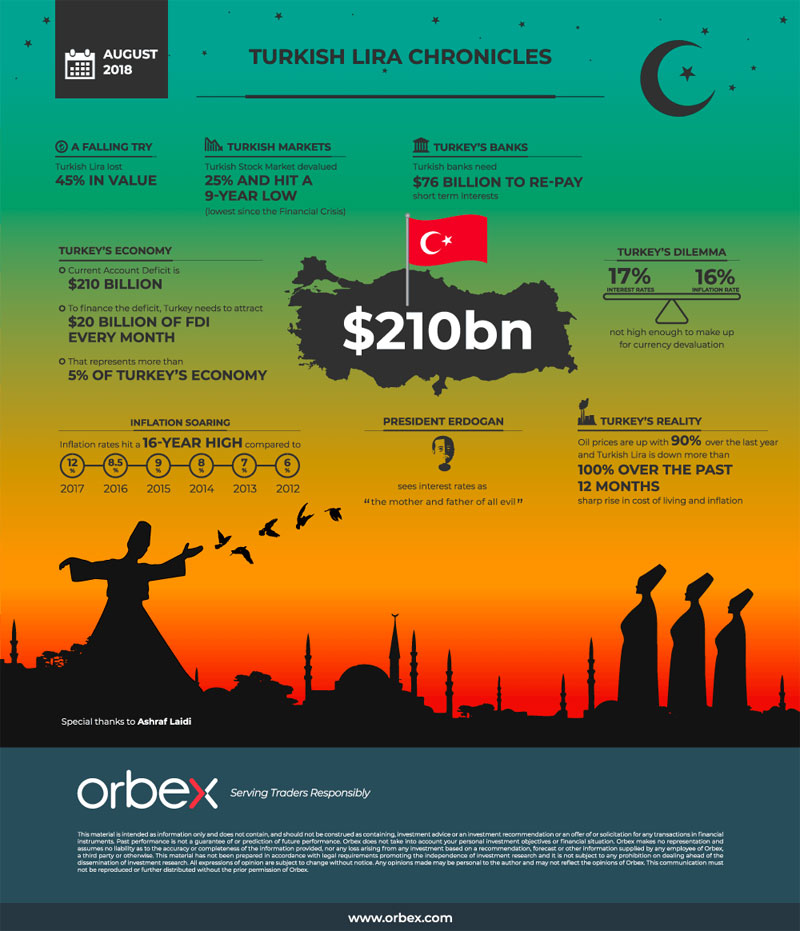